There's so much going on in the Mozilla community that it's easy to miss something that would otherwise get more attention.  Take Justin Dolske's APNG Editor extension.  Andrew was asking the other day on IRC if anyone had seen/used it.  I had, and he and I agreed more people should know about it.  To that end, he put together a page describing how to install and use it and I'm writing to tell you about it. 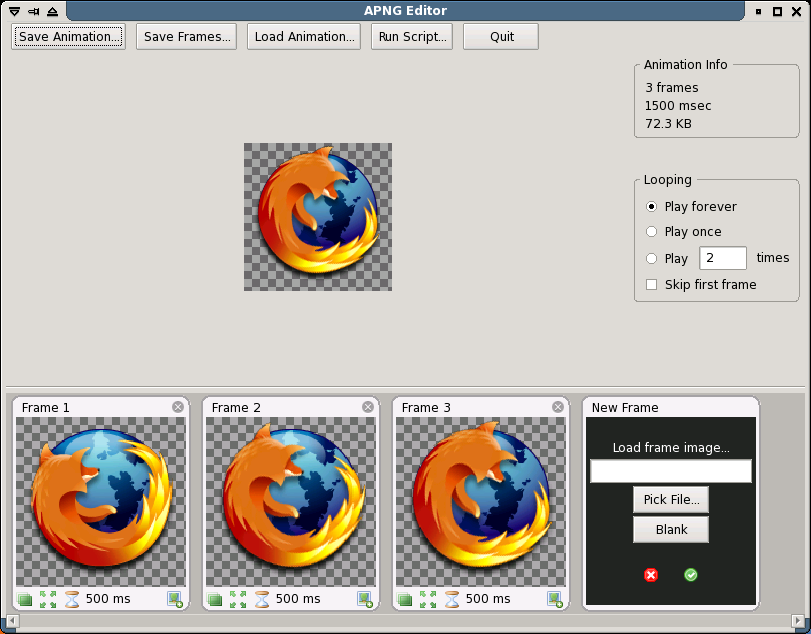 I've demoed the APNG stuff at a number of conferences and as part of various talks I've given.  Every time I do, people are really interested and want to know how they can learn more and make their own.  It turns out web developers don't really want to use a hex editor to make animations.  Go figure!

So now that you know about it and there's no barrier anymore, let me throw out a challenge to see who can make the best APNG.  Leave a link to yours in the comments.

Wipe that smile off your face

One of the things I find interesting about using IM, and specifically…