Yesterday, on Remembrance Day, I travelled to Stratford to attend the funeral of my colleague and friend, Jordan Anastasiade. 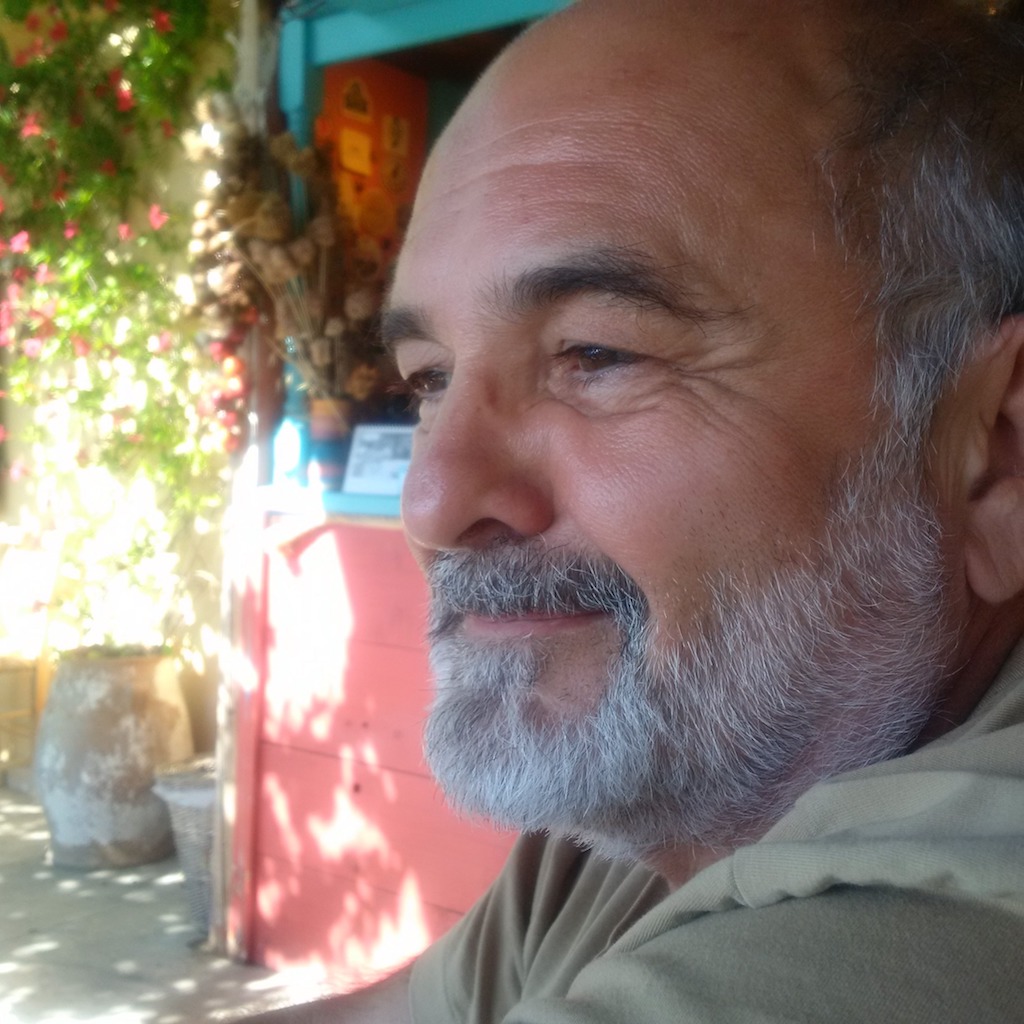 He passed away suddenly a few weeks ago, and I've been deeply saddened by it. Yesterday was filled with tears and hugs with many colleagues, and his friends, and family.

I wanted to try and write something about him, even though I'm finding it extremely difficult to capture who he was (which is partly because of who he was). Everyone who I spoke to yesterday said some version of the same thing: Jordan was calm, quiet, kind, and brilliant. On the outside, he lived an intentional minimalism, his desk always immaculately clean and tidy, his contributions to meetings measured and short, his participation in departmental politics and drama, zero. On the inside, however, he burned white hot with an intellectual curiosity and drive that increased rather than slowed as he aged.

He was without ego. I don't make this claim lightly. Yesterday my colleagues and I sat and listened to his family tell of his various advanced degrees in architecture and mathematics. He never spoke of any of it. He was Jordan, not the "Dr. Anastasiade" printed on degrees hidden in his basement. It is exactly because of this that I can't quite capture the man I knew. He was more of a presence, calming and positive, a spirit of wisdom, than a series of witty anecdotes or memories to which I can point in order to show you what I mean.

He started teaching at Seneca in 1999, the same year that I did, and we were put in an office together. I was quite young when I began teaching, and hungry to collaborate with mentors. Rather than dismissing me and my youthful ignorance, Jordan was very encouraging, and spent hours discussing ideas for new course material, research ideas, and helping me to find solutions to issues with students.

Since then I've had the pleasure to work with him in various capacities. We sat in hundreds of meetings and committees together, worked on numerous (successful and less successful) grant proposals, interviewed, hired, and managed research students together, and even team taught a course.

The 'J' in Jordan stood for Java, which he loved, and knew absolutely everything about. He pioneered Seneca's Java curriculum, which is excellent. I loved that I could go to him with any questions I had about the language or its tooling, and he could answer them in great detail without looking at any reference material. Even more, I loved that he pushed himself to deepen his understanding of important technologies and lived the lifestyle of a lifelong learner. I always admired that, and tried to emulate it.

In 2008, Chris Tyler, Evan Weaver and I convinced him to use his vast knowledge of Java to help us work on Eclipse as part of an applied research project with IBM. Thus began nearly a decade of amazing open source collaboration together with many projects and companies (NexJ in particular), and his participation in Seneca's Centre for Development of Open Technology (CDOT). Jordan's office in CDOT was just a few doors down from mine, and for years we met at least weekly (even when he was on sabbatical in Crete via video link) to discuss research projects happening in the lab, and to support one another with issues arising from the work.

For the entire 18 years that I worked with him, Jordan was always developing new courses, and updating existing ones. While he was always patient with his students, he was never satisfied with his own teaching, and looked for ways to improve it. Sometimes this meant learning new technologies or practices (he was incredibly passionate about functional programming lately), or delving more deeply into educational theory (he earned a Ph.D. in education during the past decade in order to improve learning outcomes in our classrooms).

It struck me yesterday that when we first shared that office together, nearly twenty years ago, he was about the same age that I am now. That realization broke me. Jordan was one of the few people that I felt like I could go to when I was proud of something, or when I was confused, or when I was curious and wrestling with an idea. I am challenged as I pick up where he left off, can I do the same things that he did for me?

I did something I've never done before, and went back to re-read all my email from him over the past few decades. I wanted to find him again in his writing. There wasn't a lot, and most of it was short. He didn't draw attention to himself or like to waste peoples' time. And yet, I found what I was after, a single very uncharacteristic email where his personality and passions shone through.

Once, out of the blue, he sent a group of us a story about classical music (he was always listening to it whenever he drove me in his car) to read that he'd found online. We had been discussing the different types of talents needed when doing open source work, and trying to find ways to get even more students involved. Re-reading it now brings me to tears because it's a perfect image of who Jordan was: greatness amongst us with no need for applause.

I will miss you, Jordan. Thank you for your great example and many acts of kindness and mentorship. God bless you.

A Violinist in the Metro

A man sat at a Metro station in Washington DC and started to play the violin; it was a cold January morning. He played six Bach pieces for about 45 minutes. During that time, since it was rush hour, it was calculated that thousands of people went through the station, most of them on their way to work.

Three minutes went by and a middle-aged man noticed there was a musician playing. He slowed his pace and stopped for a few seconds and then hurried up to meet his schedule.

A minute later, the violinist received his first dollar tip: a woman threw the money in the till and, without stopping, continued to walk.

A few minutes later, someone leaned against the wall to listen to him, but the man looked at his watch and started to walk again. Clearly he was late for work.

The one who paid the most attention was a 3-year-old boy. His mother tagged him along, hurried, but the kid stopped to look at the violinist. Finally the mother pushed hard and the child continued to walk, turning his head all the time. This action was repeated by several other children. All the parents, without exception, forced their kids to move on.

In the 45 minutes the musician played, only 6 people stopped and stayed for a while. About 20 gave him money but continued to walk their normal pace. He collected $32. When he finished playing and silence took over, no one noticed it. No one applauded, nor was there any recognition.

No one knew this, but the violinist was Joshua Bell, one of the most renowned musicians in the world. He played one of the most intricate pieces
ever written, with a violin worth 3.5 million dollars. Two days before his playing in the subway, Joshua Bell sold out at a theater in Boston where the seats average $100.

This is a real story. Joshua Bell playing incognito in the Metro station was organized by the Washington Post as part of a social experiment about perception, taste and priorities of people. The outlines were: in a commonplace environment at an inappropriate hour, do we perceive beauty? Do we stop to appreciate it? Do we recognize talent in an unexpected context?

One of the possible conclusions from this experiment could be: If we do not have a moment to stop and listen to one of the best musicians in the world playing the best music ever written, how many other things are we missing?

When the music's over, turn out the lights